Founded by Eric Ford Holevinski in 2016, Hayride Films started from the belief that watching a movie should feel like hanging out with your friends. It should be a good time. In partnership with Kris Maxx of Playtime Aint Over Productions, we’ll be showcasing independent visionaries striving to create content that breaks the rules. Whether it be horror, comedy, romance… we’re here to take you on a one-of-a-kind trip. 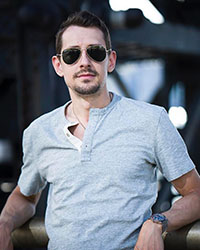 Eric Ford Holevinski grew up in Ann Arbor, where he spent his teenage years shooting horror movies in the woods with a tight group of friends on his parents’ camcorder. After graduating from the University of Michigan he taught English in Rome, Italy, and subsequently moved to New York City. There he attended and later taught at New York Film Academy, and has worked as a video producer for the healthcare industry as well as directing short films, music videos, and commercials. 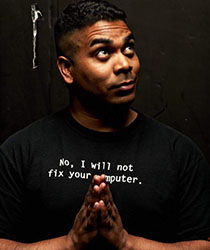